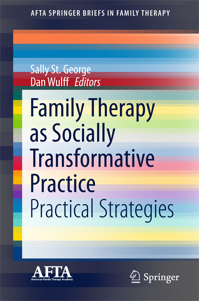 The AFTA Springer Briefs in Family Therapy, produced in partnership with Springer Science, is an official publication of the American Family Therapy Academy. Each concise volume focuses on a specific topic relevant to the practice and policy implications of innovative systemic research and theory in family therapy and allied fields. Our goal is to make information about families and systemic practices in societal contexts widely accessible in a reader-friendly, conversational, and practical style. We have asked the authors to make their personal context, location, and experience visible in their writing. AFTA's core commitment to equality, social responsibility, and justice are represented in each volume. Free access is available to all members in the Members Only section (Login Required).
Member Publications Catalog

Elsewhere in this section 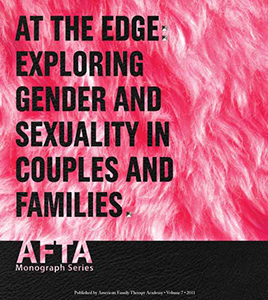 The AFTA Monograph Series was a reviewed special-topics journal of published by AFTA from the Summer of 2005 to Spring 2011. The Monograph sought to present  excellence in theory, policy and research on cutting edge topics of interest to members of the Academy. 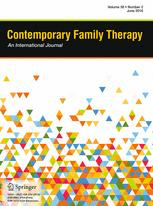 This journal presents the latest developments in theory, research and practice pertaining to family therapy, with an emphasis on examining families within their broader socio-economic and ethnic matrices. Demonstrating that the therapeutic relationship is most effective when family, individual, and society are seen as interacting systems, Contemporary Family Therapy explores essential factors including family value systems, social class, and racial, religious, and ethnic backgrounds. Free access is available to all members in the Members Only section (Login Required).